The Welsh Building Safety Fund will be used to conduct fire safety surveys of high-rise buildings to ensure safety for residents, according to a Welsh government announcement.

The Minister for Climate Change Julie James announced that all buildings over 11 metres will be eligible to apply for funding to conduct safety surveys, with high-rise buildings over 18m given priority initially.

The surveys will go beyond assessing cladding issues, looking also at internal concerns such as ineffective compartmentation. 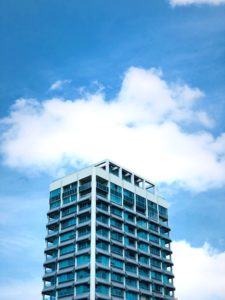 Julie James, minister for Climate Change, with responsibility for housing, said: ‘What we do not yet know is exactly how many buildings are affected and to what extent. It is critically important that we are able to understand the true scale of the problem in order to properly address it.

‘Every building is different, and the fire safety surveys will identify what measures and actions are required to make a multi-residential building as safe as it can be and protect lives and property in the event of a fire.’

The findings of the surveys will inform the creation of a ‘Fire Safety Building Passport’, which will set out what defects have been identified, what remedial action is required, and what fire safety measures need to be implemented for each building.

The scheme will be open for applications from building owners and management companies this autumn.

This announcement builds upon other measures the Welsh government has introduced to tackle fire safety, including remediating all identified buildings with ACM cladding at no additional cost to leaseholders and making £10.5m available last year to remediate affected buildings in the social sector.

In response to the announcement, founder of Wales Leaseholder Action Group (LAG), Cerys Owen, said: ‘While the announcement of a Welsh Building Safety Fund is a welcome one, this phased approach does very little to alleviate the pressures and concerns faced by thousands of leaseholders across Wales.

‘Understanding the scale of these issues across Wales is crucial, and is something that we as campaigners have been trying to do for over a year so it’s greatly concerning that Welsh Government are only now starting to do this.

‘The support urgently needed by leaseholders in Wales is not just for a grant to carry out more surveys, but support in funding the actual remediation of these buildings, support in funding the interim safety measures forced upon us costing thousands each month, support in bringing down our building insurance costs which have increased tenfold in some buildings and support in being able to move on with our lives, which we can’t do while we’re trapped in unsafe homes, unable to sell and move.’

In related news, the government has outlined plans for how residential buildings should be constructed and maintained in the wake of the tragedy at Grenfell Tower on 14 June 2017, but MPs have criticised the Bill for not going far enough to tackle safety issues.