Government has outlined plans for how residential buildings should be constructed and maintained in the wake of the tragedy at Grenfell Tower on 14 June 2017, but MPs have criticised the Bill for not going far enough to tackle safety issues.

The Building Safety Bill presents several different measures to increase safety and accountability in the development and management of high-rise buildings, designed to prevent repetition of the Grenfell disaster which killed 72 people.

After the Grenfell incident, thousands of other high-rise buildings were also found to be covered in similar dangerous cladding, that accelerated the spread of the fire.

The new Bill hopes to address this by setting up a new regulatory body responsible for ensuring that safety risks in high-rise buildings of 18 metres and above are effectively managed and resolved, and giving residents more power to hold builders and developers to account, allowing them up to 15 years to seek compensation.

The reforms outline the biggest changes to building safety regulation in a generation, but they are already being met with criticism by MPs and campaign groups. 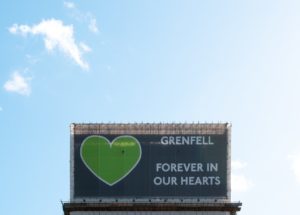 New measures in the Bill include:

Housing Secretary Rt Hon Robert Jenrick MP, who outlined the Bill in parliament, said: ‘This Bill will ensure high standards of safety for people’s homes, and in particular for high rise buildings, with a new regulator providing essential oversight at every stage of a building’s lifecycle, from design, construction, completion to occupation.

‘The new building safety regime will be a proportionate one, ensuring those buildings requiring remediation are brought to an acceptable standard of safety swiftly, and reassuring the vast majority of residents and leaseholders in those buildings that their homes are safe.’

The Bill will include powers to strengthen the regulatory framework for construction products, underpinned by a market surveillance and enforcement regime led nationally by the Office for Product Safety and Standards (OPSS). The national regulator will be able to remove products from the market that present safety risks and prosecute or use civil penalties against any business that breaks the rules and compromises public safety. 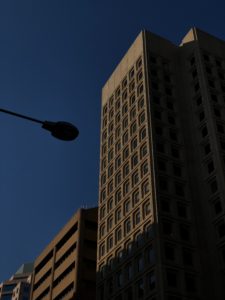 The Bill also contains measures to protect leaseholders, by providing a legal requirement for building owners to explore alternative ways to meet remediation costs before passing these onto leaseholders, along with evidence that this has been done.

However, some MPs have argued that this does not go far enough to protect leaseholders. The cross-party Housing, Communities and Local Government Select Committee said: ‘It would be unacceptable and an abdication of responsibility to make them contribute a single penny towards the cost of remediating defects for which they were not responsible.

The government has also committed to fully funding the cost of replacing unsafe cladding for all leaseholders in residential buildings 18 metres and over in England, investing £5bn in building safety, alongside a new levy and tax to ensure that industry pays its share towards the costs of cladding remediation.

However, MPs have estimated that addressing fire safety issues, including non-cladding problems, is more likely to cost at least £15bn.

Lucy Powell MP, Labour’s Shadow Housing Secretary, said that the extension of the time that residents have to seek legal action to 15 years will not sufficiently address the issue.

‘This will bring little relief to homeowners trapped in unsellable, mortgageable homes, as those already in the scope of the deadline have found barriers to mount legal action too high and costly, and outcomes ineffective.

‘Rather than doing the bare minimum and washing their hands of the problem, the government needs to establish a building works agency, to assess, fix, find and certify every building. Leaseholders should be legally protected from costs, and the agency should then take over the rights to pursue developers themselves, to ensure the polluter pays,’ she said.

Grenfell United, a group for survivors and bereaved families of the Grenfell disaster, said the bill does not go far enough to prevent an incident like Grenfell from occurring again.

‘The government had promised that amendments designed to protect leaseholders from cladding and building safety costs would be best placed in this Building Safety Bill – but those protections are nowhere to be seen.

‘This is another of the government’s broken promises, and the measures that made it into the Bill are absolutely nowhere near enough,’ they said.

They added that offering leaseholders a retrospective right to sue for defective building work up to 15 years after the completion date is ‘too little too late’, as it will exclude many leaseholders from seeking equality and safety.

They said that leaseholders should not be responsible for pursuing legal action against developers: ‘It’s also appalling that leaseholders will be left on their own to fight incredibly difficult, lengthy and costly legal battles against powerful developers. They have already been through enough as a result of the system that developers and ministers have created together.

‘This Bill appears to have been a convenient way for ministers to – yet again – delay doing anything that might actually make people’s homes safer to prevent another Grenfell from happening again.’

Photos by the blowup and Raygar He

[…] In related news, the government has outlined plans for how residential buildings should be constructed and maintained in the wake of the tragedy at Grenfell Tower on 14 June 2017, but MPs have criticised the Bill for not going far enough to tackle safety issues. […]