Local economic interventions have consistently failed to address inequalities across the UK’s most deprived communities, according to a new report from The Institute for Community Studies.

The report found that over £50bn worth of investment has contributed to 0% average change in the most deprived local authority areas.

The Institute for Community Studies revealed that there was a lack of community involvement in decisions about local economic development, and it is calling for better coordination of funding streams going into local economies that priorities community needs.

Emily Morrison, head of The Institute for Community Studies, said: ‘This report is uncomfortable reading and shows that we need a very different approach to supporting the most deprived places in the country if levelling up is going to realise its ambition.

‘It is sobering how many local communities have experienced economic interventions that haven’t worked, or which are clearly not focused on creating benefit for the people who live, work and rely on these local economies.’

The report found that the areas that started the decade as the poorest local economies are still in the bottom 20% of local areas, while other parts of the country have grown and prospered.

It found that intervention and investment has consistently chosen not to target or help the most deprived 20% of local areas because of a failure to recognise the potential of these places, which resulted in uneven and inaccessible economic models even where there has been economic growth. 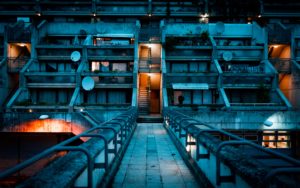 Community and local government involvement was found to be largely absent in decision-making and the design of local economies, instead decisions have been led by national and government priorities.

The institute also found that communities are aware of the uneven pattern of investment into local authorities, which has prioritised urban areas, and has led to deprivation even within affluent and improving cities, and especially town or rural economies near to cities.

Over a quarter of British people think that local economic interventions in their local area have not worked, with nearly a third of people dissatisfied by the inventions, citing unfinished or abandoned projects, infrastructure or sector development. 65% of people were concerned that interventions had been a poor fit for their community.

The report made three recommendations for how this stagnation for deprived communities can be addressed, which have implications for the government’s levelling up agenda.

The report recommended the creation of a new ‘Levelling Up Commission’, which strategic oversight of all levelling up funding a specific mandate to transform the economies of the most deprived 20% of places in England.

It also suggested expanding the remit of Local Strategic Partnerships (LSPs) and creating new LSPs to advise the Levelling Up Commission on how to design and distribute funding to benefit left behind areas, and provide feedback on the success or failure of government intervention.

It added that the government should ensure that a more equitable distribution of asset ownership is an explicit objective of the £150m Community Ownership Fund and should build opportunities for greater community asset transfer into other levelling up programmes.

A spokesperson for the Ministry of Housing, Communities and Local Government said: ‘We’re supporting all areas of the country to level up by empowering our regions and providing billions of pounds of new funding to drive local economic growth.

‘The £4.8bbn Levelling Up Fund will invest in infrastructure that improves everyday life across the UK, including regenerating town centres and high streets and upgrading local transport.

‘The Government will publish a Levelling Up White Paper later this year, setting out how bold new policy interventions will improve livelihoods across the country.’

The report can be downloaded from https://icstudies.org.uk/.

[…] In related news, local economic interventions have consistently failed to address inequalities across the UK’s most deprived communities, according to a new report from The Institute for Community Studies. […]