How our economy can move beyond the coronavirus crisis

What lessons does history tell us that are relevant to the current COVID-19 pandemic, and how we eventually move beyond it?

James Tickell from multi-disciplinary management consultancy Campbell Tickell (CT) reflects and sets out how we should all be planning for the future, in this introduction to CT’s new Scenario Planning tool. 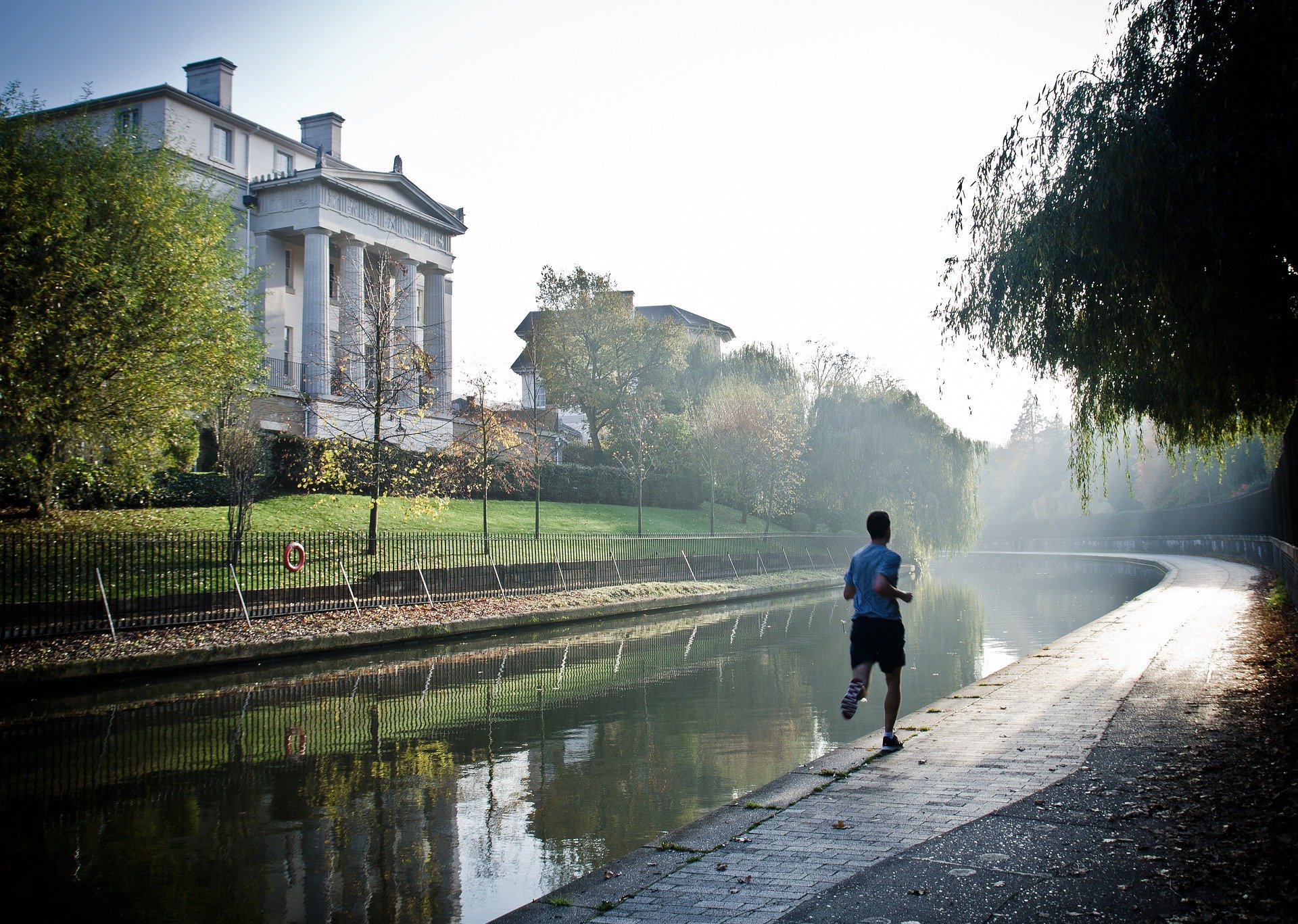 ‘History doesn’t repeat itself but it often rhymes” – Mark Twain

We can be sure now that the order of things after the passing of the 2020 pandemic will look very different. It may seem worse in some ways, certainly poorer for a while, than the world we left behind; equally there may be things that we can change for the better. Now is the time to be thinking about that changed reality, just as its painful birth pangs have us all in their grip. Only by confronting the future can we hope to influence it. And once the crisis has passed, it will be too late to start thinking, as events will then be upon us like an express train.

COVID-19 may seem unprecedented for us, but over the centuries, all human societies have been vulnerable to the effects of pandemics. The Black Death killed as much as a third of our species, and ushered in the end of feudalism. Smallpox and measles wiped out 80% or more of the indigenous people of the Americas, allowing the Spanish and Portuguese conquests which remain in evidence to this day. Influenza pandemics have claimed millions of lives over the years, including in 1957 and 1968.

In terms of parallels to COVID-19, exactly a century ago, the so-called Spanish Flu had far greater and longer-lasting effects that the World War that preceded it. Indeed, it is possible that disease was the final blow to the German war effort, already on its last gasp. Beyond that though, the pandemic created irreversible shifts in power, distribution of wealth, the arts and the nature of human society and its governance.

The Spanish Flu was not as deadly as the Black Death, although – it appears – considerably more lethal than today’s coronavirus; some victims even dropped dead in the streets. It killed at least 5% of the world’s population, then much smaller than today. It came in waves across the globe, as many as four over 2-3 years. Virology was then in its infancy, so the details are less clear, but the different waves of infection varied in their symptoms and in lethality, as the virus mutated in its ebbs and flows. This may be a cautionary note for us to bear in mind.

Like COVID-19, Spanish Flu affected the respiratory tract, and many of the deaths were caused by massive immune over-reactions, called ‘cytokine storms’. It seems to have impacted different age groups and ethnicities in varied ways – at least one of the waves was particularly deadly to younger people with stronger immune systems. In the USA, black people seem to have been less affected, despite being in greater poverty and ill health than the rest of the population. The opposite may be true in 2020 for some people in the UK of BAME origin.

Spanish Flu deaths in less developed countries went largely unrecorded, although we do know that the Indian subcontinent was hit very hard. As it turned out, the callous disregard of the then colonial rulers to local suffering was one of the factors that created the conditions for the eventual independence of India and Pakistan.

So what do we know for sure about COVID-19, and the changed world that will follow its eventual departure from the stage? How can we as individuals and organisations prepare for the new realities?

Well on one level, there is much uncertainty.

We don’t know how long the pandemic phase – or phases – will last, how many deaths there will be, nor how quickly cures and vaccines may become available. But even if all turns out as well as it can, the effects of 2020 will be with us for a generation or more. If the scenario is more adverse, with death and economic disruption on a larger scale and over a longer period, then the great river of world history will have been permanently diverted, as much as by a World War or a biblical flood.

Despite the uncertainty, some of the likely changes are not beyond indicative prediction.

On a relatively mundane level, we can already see that that remote working for office-based staff is easier to achieve and often more effective than we had previously believed, at least for those lucky enough to enjoy bigger homes and fast broadband. So, for starters, let’s not buy shares in companies that own large swathes of office space.

Government spending and borrowing have already increased dramatically.We can sadly be sure too that retail and entertainment industries will be devasted; the longer the pandemic continues, the worse the effect will be. Across all sectors, some enterprises large and small will not survive.

Building contractors and suppliers may also be more vulnerable. Charities and the community sector are already bearing the brunt of the storm. Who knows what will happen to property prices, rents and currencies?

If we are lucky there will be enough money left for some stimulus packages in 2021, maybe even for housing; but under the more challenging scenarios, the cupboard will be pretty much bare.

More of the less well-off will slip below the poverty line, possibly the hunger line, until some kind of wider recovery can come. Pensions and benefits will not keep pace. A backlog of untreated non-COVID health conditions is already mounting up, and will take years to work through.

There will be negatives, and there is no point avoiding debate of the issues raised. But nor is it sensible to frighten ourselves silly with catastrophisation. It may not be pretty getting there, but when this is all over, the UK will not be a failed state, children will still be born and go to school, there will be jobs, a government and an economy, and there will sooner or later be a recovery. There will almost certainly be social housing, and much demand for it. The task at hand is to make sure that we are part of that future.

So, thinking on the positive side, we live at a time of rapid technological change and innovation.

There are new ways of doing things, and the shock of COVID-19 can accelerate that creativity to foster economic recovery. Across our society, there is perhaps a dawning and greater appreciation of interconnectedness.

The relentless demands of equity finance, driving a zero contract and minimum wage paradigm of society, may be financially rewarding for some, but do not create resilience, collaboration and solidarity.

And suddenly, those are the very three commodities most appreciated as the crisis unfolds. The heroes of 2020 are the nurses, bus drivers, care assistants, emergency repair operatives and shop workers, of multiple ethnicities and nationalities.

We mustn’t stop valuing them once the ‘new normal’ emerges. In effect, and as happened after the combination of World War 1 and the Spanish Flu, a new social contract will be needed – remember 1918’s ‘Homes for Heroes’ (the birth of council housing) as an example of something similar. Maybe our Prime Minister and his colleagues will not only feel but action his gratitude to the low-paid workers who – as he tells us – saved his life in intensive care.

We can see from history that pandemics tend to encourage more equal, and thus more stable, societies, although that cannot be taken as a given. It is a matter of record that the economic crash of 2008, which could be described as kind of financial pandemic, actually consolidated power, wealth and influence in the hands of the few. Populism – of the left and the right – may be a continuing risk to political stability in the future. And the tentacles of corporate and state power will surely seek to extend their reach as the crisis unfolds.

As regards resilience and collaboration, there is more to be said. After a decade or more of the austerity experiment, the resilience of local government, the health service, of communities and of working families has been significantly degraded, perhaps more so in the UK than in most other advanced economies.

The resilience that we are currently struggling to create at pace must become a watchword for our brave new world. If not, we will again suffer the consequences when another crisis strikes. Collaboration, as opposed to competition, helps to achieve this more effectively. During this crisis we have seen organisations suddenly learning to work together, setting aside years of rivalry. This needs to continue and deepen for all our sakes. For some, collaboration may lead to consolidation, though that could prove a distraction from the overall mission.

We need to fasten our seat belts for a rocky ride towards 2025.

Fortune will favour the bold, the flexible and the swift. Resilience, solidarity and collaboration will be key. We will probably all be poorer, for a while at least. But we do not have to be less equal, more divided or even less happy.

Maybe we will look back from 2025 or 2030, and see the events of 2020 as the salutary shock that propelled us through suffering and grief to a better world.

Thinking ahead, and whether the next global catastrophe is to come from another pandemic or climate change, then we still have the time and the capability to wake up, and head off the worst before events overtake us for a second time.