Feature: The true cost of warehousing for communities

Warehouses are often heralded as assets to local communities, boosting the economy and creating jobs, but research suggests that they may cause more harm than good, as Chloe Coules investigates.

The overall number of warehouses in the UK has increased by nearly a third since 2015, according to a recent report by Savills, with warehouses getting bigger and bigger, causing a staggering 242% rise in units of one million square feet or more.

Even with this massive growth, Savills found that the warehousing sector is struggling to keep up with demand, with the pandemic and Brexit accelerating the scale of e-commerce and home delivery.

Research from Prologis indicates that for every extra £1bn spent online, a further 775,000sq ft of warehouse space is needed to meet demand – but what will this trend do to our communities?

Kevin Mofid, director of commercial research at Savills, argues in the report summary that ‘the growth of the UK warehousing sector over the last six years should be seen as a nationwide success story.’

On the surface, this seems to be true, with warehouses expected to bring with them new employment opportunities, which in turn will boost the local economy and benefit the wider community.

There are obvious drawbacks to introducing new warehousing, such as the environmental damage it causes, as evidenced in a new Air Quality News investigation, but this is often thought to be a necessary sacrifice when balanced against the vital jobs and economic benefits.

However, when you delve deeper into the economic and social impacts of warehousing, you may discover that things are not what they seem. 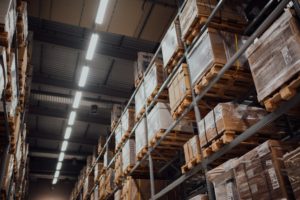 It is often argued that building new warehouses will create jobs for a community, but there is concern about the quality of this employment.

Although it is indisputable that new warehouses must create jobs, research suggests that warehouse staff face exploitation, which can have a negative impact on the wider community.

Speaking to NewStart, Akilah Jardine, a researcher at the University of Nottingham Rights Lab, explains that warehouse and logistics staff can face a range of poor working conditions.

Her research spoke to workers in the warehousing and logistics sector and found that they report experiencing insecurity in their employment and often say they feel disposable.

‘There is such an abundance of workers that are available, and so because of that a lot of them feel as if they cannot necessarily leave their working conditions, as they could be easily replaceable. That is why we titled the report ‘Disposable Workers’, because many of them expressed this feeling of expendability – that if they leave, they will just find someone else that can be easily replaced as well,’ Akilah says.

The warehouse staff in her report also reported a lack of flexibility in the hours they have to work, feeling unable to complain about their conditions because of poor relationships with management, and experiencing ‘immense pressure’ to meet quotas.

On top of this, warehouse staff reported health and safety issues due to the pressure to meet quotas, with frequent injuries occurring in the workplace, and they experienced long hours and what they saw as insufficient pay.

This combination of poor conditions and low pay not only affected the warehouse staff, but also their families and wider communities.

Akilah explains that because of the nature of the work, with pressure to work long hours just to make the necessary level of wages, many warehouse staff felt they did not have adequate time for family, friends or a personal life, because they had no choice but to work long and often unpredictable hours, and when they did have time off, they reported being too tired to spend time with loved ones.

There is also concern about whether these jobs are sustainable and will continue to serve their communities in the future, with automation and a lack of career progression threatening staff.

According to the researchers at the University of Nottingham, warehouse workers reported little chance to develop skills or progress in their careers, with the only viable form of progression being a salary raise.

One warehouse worker told the researchers that he was really keen to progress to a supervisor role, but it was proving impossible as he was offered no training opportunities and the only way to move up would be to take his boss’s job.

Another worker suggested that the only form of career progression in the sector was the increases in the national minimum wage.

There is also concern about the future of warehousing jobs and our economic over-reliance on them as the sector moves towards automation, according to senior analyst at Centre for Cities, Anthony Breach.

He explains that it is dangerous for a local area to focus on logistics jobs without driving growth elsewhere, as otherwise they risk replicating patterns of low-skilled work that have left cities vulnerable to economic and technological change in the past.

This suggests that warehouse jobs may be keeping local people in low-paid work and preventing them from growing in their careers, and may leave them unemployed in the future, as the stability of warehouse work continues to deteriorate with technological advancements. 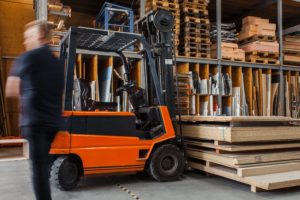 Even though building a warehouse creates jobs, there is research to suggest that this does not necessarily boost the local economy.

A report from the Economic Policy Institute found that when Amazon opens a new fulfilment centre in America, the host country gains around 30% more warehousing and storage jobs, but this does not lead to any new overall jobs as the increase is offset by losses in other industries.

The Institute explains that this is important as the local government spends a lot of money and resources to attract warehousing jobs, but the expected economic benefit is often not seen.

While this research does not examine the warehousing sector in the UK, it does lead us to question whether the promised benefits of warehouses are delivered or not, and whether the dwindling benefits can balance out the costs to the environment and communities that warehouses bring.

According to a report from Centre for Cities, most UK cities with a large logistics presence tend to have weaker economies, such as Doncaster or Peterborough.

This is concerning as these weaker economies are dependent on a workforce that is plagued by instability and the threat of economic change and have been sold on promises that may never be delivered for their communities.

Ultimately, the decision on whether to build new warehouses should depend on local economic objectives and strategy, according to Anthony Breach, senior analyst at Centre for Cities: ‘If you’re trying to tackle unemployment, warehouses and logistics are a booming sector with lots of work available. But they’re not going to change the geography of the economy or reduce regional divides, because their competitive edge lies in cheap land and cheap labour, rather than in the creation of new ideas.’

It is time that we stop seeing warehousing as a catch-all solution to local economic and social issues, and instead consider the range of benefits and drawbacks that the industry brings to local communities and make more informed economic decisions, addressing the threats and issues the industry faces instead of blindly relying on it to boost our economies.

Photos by CHUTTERSNAP and Pickawood