The quiet Warwickshire village of Loxley is home to 400 residents. For decades the Fox, Loxley’s only pub, had stood in the heart of town but by April 2019 it was facing an uncertain future.

Recognising that the pub was not performing as it should be, owners Ei Group Ltd took the decision to close it. The Fox was put on the market.

The sight of for-sale signs came as a shock to the locals and rumours began to circulate in the village. A meeting was called to see what could be done and everyone agreed they should do something, but nobody was sure exactly what.

At a second meeting, a small group was formed to try and move things forward, they decided to find out what people actually wanted and a questionnaire was put together to canvass opinions. When the results came in, it was clear that what the majority of people wanted was relatively simple: a traditional village pub.

Understanding that they were at the bottom of a steep learning curve, the group contacted the Plunkett Foundation, an Oxford-based national charity that provides support and advice for community-run businesses. 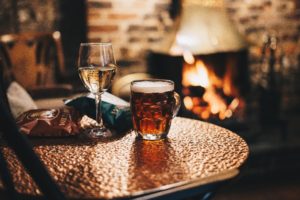 Speaking to NewStart, group chair Paul Jennings said the foundation was very well placed to help, not just financially but also by providing encouragement and fostering the belief that they could do it.

Following presentations in Loxley and nearby Wellesbourne, the locals appealed for shareholders. When the figures were tallied, the 223 shareholders had raised more than was needed.

Unable to open throughout lockdown, the group concentrated on renovating the pub, some fifty volunteers worked in family groups, each working to refurbish and decorate the building.

Now open for business, The Fox supports several other nearby enterprises and provides employment experience for young people in and around Loxley.

Paul Jennings said: ‘It has been an incredible journey and we are all really excited about the future, as a community pub that is welcome to all.

‘The Covid-19 pandemic has shown us all how important a community is and it has also made us realise how much we miss our local pub.

‘We are initially opening as a pub for food and drink, but our long term plans are to open a café and to use the field behind the pub for Community events that will make us more than a pub.’

Back in 2010, the future of Ravenbridge Stores in Kirkoswald looked secure when local philanthropist and chairman of Lancashire County Cricket Club David Hodgkiss OBE stepped forward to reopen the shop following a short period of closure. However, following the death of Mr Hodgkiss in March 2020 the business was put up for sale.

The shop had become a vibrant hub and focal point for the small Cumbrian community and having experienced its loss once before, the people of Kirkoswald were determined to come to its rescue. 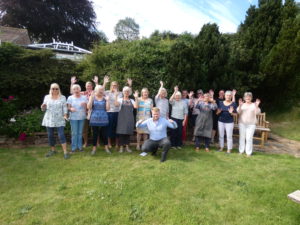 A steering group formed in September 2020 and a community benefit society was incorporated. Although unlikely to be viable as a privately operated concern, the shop’s value as a Community Business was widely recognised.

Shortly afterwards, a fundraising campaign commenced and a prospectus was prepared.

Once again, the Plunkett Foundation was on hand to help, offers of investment came in from around the country and slightly more than the required £200,000 was raised. Contracts have now been exchanged and completion is expected shortly.

Ruth Anderson, chair of the group’s management committee said: ‘We found the experience really quite uplifting. There has been so much support nationally and even internationally as people recognise the importance of keeping a community shop. So many have rallied round with people getting in touch wanting to help because they have lost their own community shop.

‘Sometimes, when driving through a village without a pub or shop it can feel dead, as though it has lost something. Our shop is an integral part of the village, of its vibrancy and viability and it’s now secure for the future. It’s in our hands and shareholders are willing it to succeed. We will also be buying the flat above the shop which will go to providing much needed low-cost housing in the village.’

Liz Woznicki, communications manager at the Plunkett Foundation reports that enquiries into community funding are up by 50% so far this year.

The model is not just for isolated rural communities. In Essex, the village of Mistley sits alongside Manningtree on the banks of the Stour estuary. Here, the Anchor Inn ceased trading after 150 years during the first lockdown in 2020.

With the pub designated as an Asset of Community Value, residents are determined to save it. Crowdfunding has started and they hope to join forces with the Plunkett Foundation. A group, Friends Of The Mistley Anchor, has been formed. Their journey just beginning, they are hopeful the Anchor can become another of the 700 plus UK businesses already run by and for their communities.