Major sporting events can be a great catalyst for economic regeneration, but in practise their impacts are wide-ranging and not always as transformative as a city hopes, according to senior analyst at Centre for Cities, Anthony Breach.

Investing in sports to improve sporting outcomes is a valid strategy, with proven positive results, argues Anthony Breach from Centre for Cities, but investing in sport for the purpose of economic regeneration is more difficult to justify.

According to Anthony Breach, if timed right, sporting events can lead to lasting economic regeneration: ‘We can definitely see examples of areas where everything seems to click and the investment comes in at the right time and helps to create a narrative that a city is open for business and to changing, a place that’s dynamic.’

An example of an event falling at the perfect time for change is the Barcelona Olympics 1992. In the 1990’s there was a return to the city, with pollution and crime rates falling, and a shift towards an information economy, meaning that the Olympics in Barcelona coincided with a rise in investment and demand for city improvements.

However, if local governments expect a sporting event to do too much for a city, regeneration attempts can be unsuccessful, according to Anthony.

‘We can also see instances, like Athens in 2004 for the Olympics, in which investment became a sort of white elephant, and it did not change the fundamentals of the local economy, and maybe in hindsight it was kind of unreasonable to expect it to do all that heavy lifting. It’s unusual, I would say, to see people claim that sports alone can regenerate an area in its entirety,’ he said.

Anthony adds: ‘When thinking about the role of sport in regeneration, it’s more about considering what are the other pieces in the puzzle that are at play within a particular area or in a particular city. It’s a good arrow in the quiver to have, if you are doing lots of other stuff and you have got other arrows in your quiver as well but trying to expect one particular scheme or investment to do all that is problematic, I think.’ 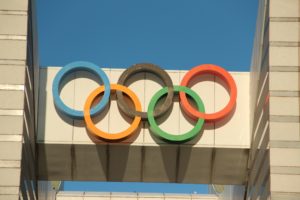 So why do some cities manage to turn their sporting event into lasting change while others do not?

Anthony says that the scale of the city and of the event itself is a key factor. For example, the London 2012 Olympics were very targeted in Stratford, and had a massive impact on the built environment of that area, but London probably did not experience much change, except for a few new stadiums and sporting facilities.

‘You may get very small localised dramatic changes, even with the big sporting events, but unless the city is quite small, maybe somewhere like one of the Winter Olympics destinations, I wouldn’t expect to see very big changes in how a city works, purely because of the sporting event,’ he said.

Anthony also adds that the intention behind the regeneration efforts can have an impact on whether a sporting event leads to lasting change.

Sporting events can provide a convenient excuse to get stuff done, according to Anthony: ‘If you have got people in local authority or city government saying, “We’ve wanted to do something to that area for years,” the Olympics provides a fantastic reason to crack on and get stuff done – to invest in that area, to change stuff, to build stuff, and solve those problems. If anyone disagrees with you and says, “Oh no, you should keep taxes low,” or “We shouldn’t borrow that money,” or “It’s too expensive and wasteful,” you can say, well the big sporting event is coming up, it is a very effective rejoinder.’

This can be used for good, for example to invest in an area that has missed out on private investment because private investors do not see the potential in it, or if you suspect there are institutional problems with how local government works in your area and politicians have made flawed decisions about where to invest.

However, it can also be used as an excuse to divert money, attention and resources from more pressing issues within the city, to tackle pet projects, which is unlikely to be successful in leading to lasting regeneration.

Anthony also notes that it is important to fit any sporting event that a city hopes to use to regenerate an area into a wider strategy of economic renewal: ‘It needs to be a steppingstone to broader change.’ 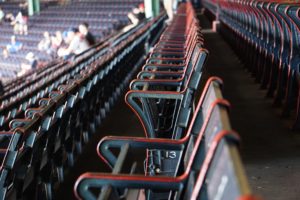 Even if a city is able to use a sporting event to secure investment in economic regeneration, there are still issues around whether this is the most efficient use of resources and whether it directly benefits the community.

Anthony explains that there is contention around whether cities are diverting resources from other more pressing areas to fund sporting-led regeneration or whether the funding is additional.

‘Governments can borrow with little worry that borrowing costs are going to increase and things are going to become unaffordable. From a national economic perspective, if you have all this investment in construction, tourism, broadcasting events, and sponsorships, it’s thought to be quite good, insofar as it creates jobs, it supports investment that otherwise would not be deployed. That can be a good thing, making use of capital and labour which is currently going unused,’ he said.

He notes therefore that cost control is so important within economic regeneration projects in the lead up to sporting events, as if you have a runaway budget, you run the risk of creating a long-term negative legacy for the event where a place must manage those costs over decades, as happened after the Athens Olympics in 2004.

Even though economic regeneration has obvious benefits for the people living within the vicinity of the regenerated area, those people are not necessarily the same people who were living in the area before the change took place.

The London 2012 Olympics improved housing stock and transport in Stratford, which will continue to improve the lives of the people living in that area, but with improvements, residents can often be displaced and priced-out of an area, Anthony explains.

‘We do know that investments in the public realm, and very localised regeneration schemes, can often cause what economists call displacement, where you’re sort of just moving and shuffling economic activity and people around the map,’ he said.

To maximise the potential that a sporting event can bring to an area, Anthony says that you have to make sure that you not only invest in the sporting village but you also have a good mix of commercial property in the city centre, that there is investment in skills in the city, and that transport accessibility is good, in order to create wider change across your city long after the event is over.

That a sporting event will lead to economic regeneration for your city is not a certainty, so ensuring that the correct strategies are in place is crucial to creating successful change and not missing your chance at a sporting legacy.