New research warns that the government’s roadmap for withdrawing Covid-19 support will come as a blow to the levelling up agenda, affecting people in the North and Midlands disproportionately.

Centre for Cities, in partnership with Clarion Housing Group, found that people in more affluent neighbourhoods in predominately Southern cities managed to reduce their outgoings more than people in poorer, and mostly Northern, neighbourhoods, who spent proportionately more on food, bills and essentials.

Centre for Cities chief executive, Andrew Carter, said: ‘The pandemic has left this country more divided than ever. While people in mostly prosperous southern cities and towns have accumulated £150bn of savings, many less affluent people in the North and Midlands will face an avalanche of debt as Government support ends later this year.

‘The Government is withdrawing financial support far too quickly for people in places that have been hit hard by the pandemic. Not only will this set its levelling up agenda back significantly, it also risks levelling down many previously affluent parts of southern England such as Crawley.’ 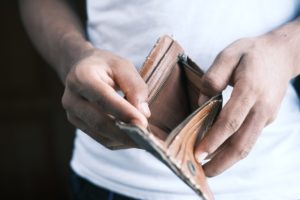 This means that people in approximately half of neighbourhoods in Hull, Bradford and Liverpool are likely to have been pushed into debt trying to meet the costs of essentials during the pandemic, through job losses, furlough and a lack of savings.

Meanwhile, people in Exeter and York, one of the more affluent areas of the North, benefitted the most financially from lockdown, with residents in eight in ten neighbourhoods more likely than not having boosted their savings.

Some areas of the South of England are also struggling, especially London and cities reliant on aviation such as Slough, Luton and Crawley.

Centre for Cities has said that so far people have been shielded from the worst economic impacts of the pandemic, but the problem will come to a head when most government support is withdrawn later this year.

It has advised that the government should create a specialist debt relief scheme for people who have incurred Covid-related debt, keep the £20 Universal Credit uplift to keep money circulating in local economies, and continue with the Job Retention Scheme for sectors that still cannot operate at full capacity, such as travel, which will be crucial for places where the local economy depends upon these industries. 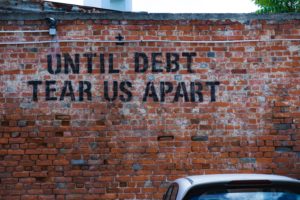 Chair of the Clarion Housing Association Board, David Orr, said: ‘This research confirms that existing inequalities have deepened as a result of the pandemic. Many social housing residents were already in a precarious financial situation before the pandemic and are likely to have been disproportionately affected.

‘As the largest social landlord in the country we do a significant amount of work to support our residents, but this needs to be complemented by government action. To ensure a fair and equitable recovery our residents need extra support to get back on their feet and a permanent £20 uplift in Universal Credit would make a significant difference to those in greatest need.’

In response to the report, a government spokesperson said: ‘The Government is levelling up all areas of the country, with billions of pounds of investment to support and regenerate communities.

‘Our support during the pandemic has protected the livelihoods of millions of people across the UK.

‘Furlough and the temporary uplift to Universal Credit are in place through to September 2021 – there’s also continued businesses rates relief, cash grants, loans and flexibilities with loan repayments provided for some schemes.’

They added that later this year the government will publish a Levelling Up White Paper setting out how they plan to improve livelihoods across the country as it recovers from the pandemic.

The White Paper, led by the PM, will focus on challenges including improving living standards, supporting communities, growing the private sector and increasing and spreading opportunity so the country can build back better.